BOOK REVIEW: ‘BLACKOUT’ IS THE MIAMI CRIME NOVEL WE HAVE BEEN WAITING FOR

With BLACKOUT, the new novel in Alex Segura’s acclaimed Pete Fernandez Mystery series, new evidence in a cold case that’s haunted Pete throughout his life drags him back to his hometown of Miami. But as Pete and his partner Kathy Bentley delve deeper into the unsolved murder, they become entangled in Miami’s obsession with a charismatic and dangerous cult leader and his even more menacing followers and find themselves at odds with a Florida politician’s fixation on wealth, fame and power. 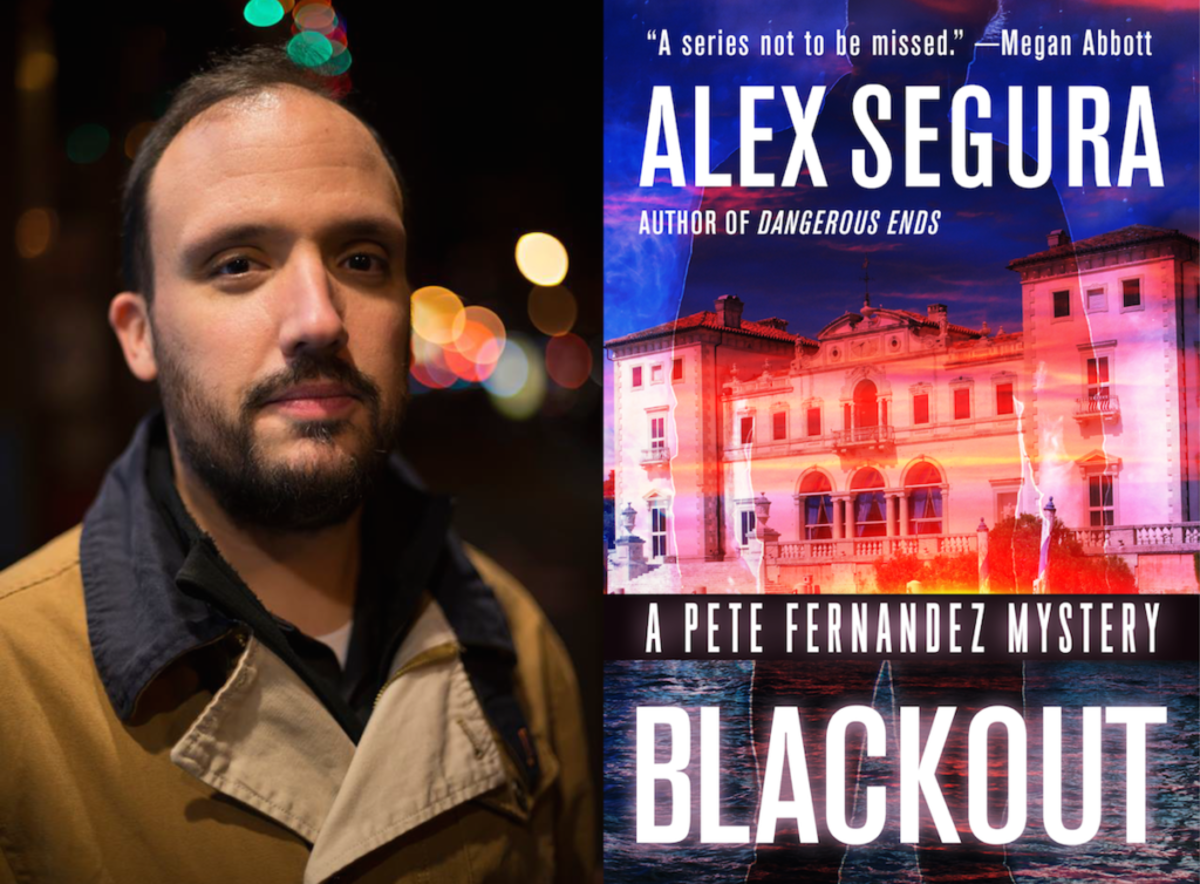 George Pelecanos’ Nick Stefanos, Joe R. Landsdale’s Hap Collins and Dennis Lehane’s Patrick Kenzie. These are who I consider to be some of the greatest characters in modern crime/detective fiction. And now with his fourth book, Blackout, I can safely add Alex Segura’s Pete Fernandez to that pantheon of latter-day noir heroes.

All of Segura’s books (Silent City, Down The Darkest Street and Dangerous Ends) have been excellent, but Blackout pushes Pete not only forward, but also shed’s light on multiple periods of the character’s past. One of the novel’s greatest aspects is jumping around between multiple timelines, a narrative tool that shows you how far Pete has come since his hardcore drinking days in Silent City. He is now sober, but still struggling with those demons. Pete is far from a clean-cut hero. He stills fucks up, he is still impulsive and sometimes (oftentimes actually) says the wrong thing. What this does is create a very real and human character that we can all relate too. We may not all be in recovery from addiction, but like Pete, we are all in constant recovery from our lives and pasts.

As is the case with all great crime novels, they are nothing without an excellent supporting cast and Blackout has that too. Kathy Bentley, who began the series as the reason Pete embarked on his journey to becoming P.I. has herself become not only the most important person in Pete’s life but a fierce investigator in her own right. Their relationship reminds me of the complex nature that I love about Patrick Kenzie and Angie Gennaro in Lehane’s Boston set series of book. Robert Harras, who was an antagonist of sorts for Pete in Down The Darkest Street, has also become integral to the series and an almost father figure to Pete. And with Blackout, Harras takes the spotlight several times.

The villain(s), like all of Segura’s, are inspired by somewhat real players in South Florida’s very colorful criminal history. In this case, it’s a dangerous religious cult that truly connects to all aspects of the city and makes it all the more terrifying and challenging for the heroes. Often it feels like Pete is fighting a hydra with many heads.

But if I was going to single out one of the things I loved best about Blackout (and his books in general) is his uncanny ability to capture South Florida and Miami. As a native, Segura knows all the details that make the Magic City such a unique place. He uses those details to transport the reader into a very real South Florida. The constant references to heat and humidity, the description of the city’s unique layouts and landscapes and of course the hodgepodge of cultures and people that define it. With Blackout, he adds the approach of an oncoming hurricane and he fucking nails that. Having lived through several major storms, I can attest that the atmosphere that proceeds one is unlike anything else I have ever been through and Blackout’s closing chapters uses that backdrop to escalate both narrative and thematic tensions. It’s fucking great.

So if you are looking for a great book to read this summer, sit back with Blackout and take a trip to Miami with Pete Fernandez.

Blackout is out this week and can be purchased at your local bookstore or directly from Polis Books.

Сomics
COMICS: WHERE TO START IN THE NEW STAR WARS EXTENDED UNIVERSE
0 68

Screen
REVIEW: BATMAN V. SUPERMAN: DAWN OF JUSTICE
0 82
You may also like

COMICS REVIEW: KILL OR BE KILLED: VOLUME ONE
A new collaboration between writer Ed Brubaker, artist
057

COMICS REVIEW: ‘PROPHET’ VOLUME 5: EARTH WAR
So here we are here, twenty-five years after the creation
048

REVIEW: PATIENCE BY DANIEL CLOWES
“A COSMIC TIMEWARP DEATHTRIP TO THE PRIMORDIAL INFINITE
039

VIDEO GAME REVIEW: STAR WARS BATTLEFRONT
A long time ago in a galaxy far, far away… Well, not
059

COMICS: WHERE TO START IN THE NEW STAR WARS EXTENDED UNIVERSE
I’m sure you’ve heard a pretty big movie is coming
068