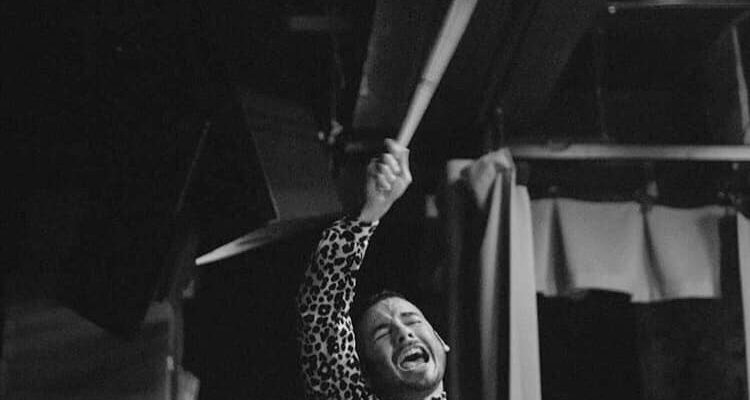 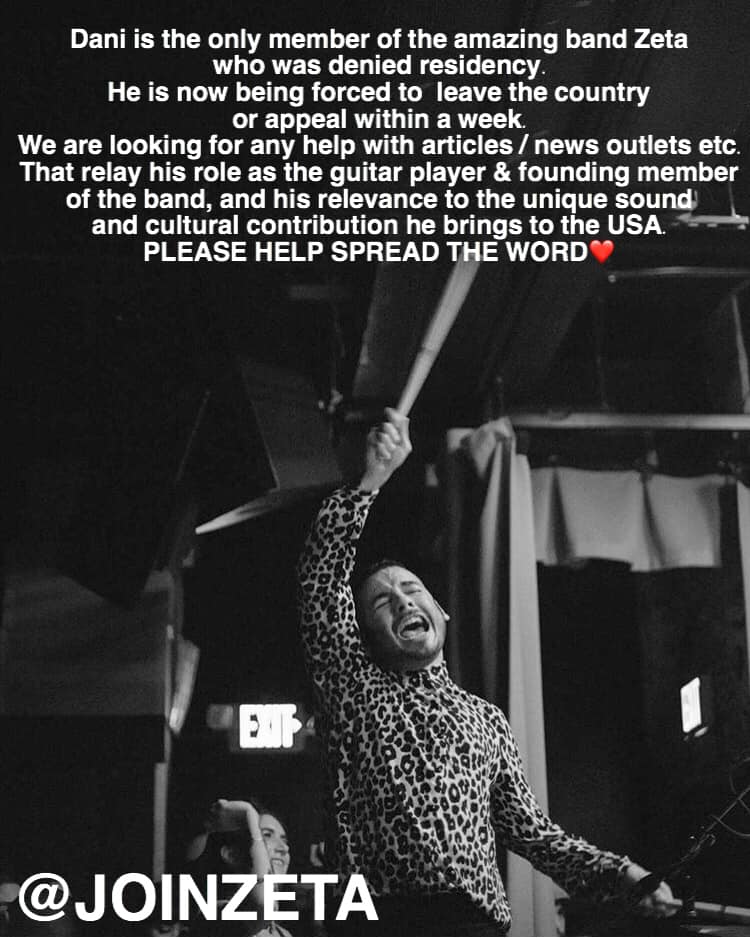 Some time in 2015 I went to Churchill’s to see some bands play. Those bands were who I went to see, Zeta is who I remember seeing. All at once a blast of Fugazi meets Santana blended post punk attacked my brain like a rush of whirling dervishes and I was immediately in love with these fellas; every single one of them. Zeta is a punk band, I guess, but they transcend any official title that would fit into a mainstream view of music. They’re intense, but fun; musical, but heavy; and some of the most beautiful people you could hope to meet. They came here to escape the brutal government in Venezuela and have done their part to stay on the radar of the law and give back to there adopted country with what they brought with them; their art. The band has been on tour for 18 of the last 24 months and every time you see them they greet you with a smile and a positive outlook that seems nigh impossible. That’s the thing, this band is here because they have no choice, they tour because they have no choice, they make music because this is what they’ve done for the last 16 years; together. They’ve left their families, they’ve left everything they know to come here and live in some semblance of peace and play music.

The band has taken the appropriate steps to become citizens and everyone, except Dani has been accepted. The response from those in charge is, “get a new guitar player.” As if changing out a partner is that easy. “Sure, this man/woman is the same as the one you had, just take this one!” Would we say that about our family, or friends our loved ones? No, no we wouldn’t for a reason: these people are individually important to us for unexplained reasons; basically, because they are them.

Zeta has done everything they were asked to do and in return have bled music from coast to coast in every bar, room or squat that would have them. They’ve held up their part of the bargain in a way that I’ve yet to see most musicians do. And yet, they’re seemingly disposable to the powers that be. Dani is not disposable; Dani is the fun vegan guy who cuts up fruit at a party and welcomes everyone with pineapple. Dani is the guitar player who switches to bongo drums and whatever else is around to accentuate whatever the feeling is that is trying to be emoted, Dani is part of the glue that holds Zeta together. Sending him away from them is most likely a death sentence, but it’s a loss for Miami’s music scene and the scene at large as his role in the music Zeta plays is indescribable and integral.

C.S. Lewis once wrote, “Friendship is unnecessary, like philosophy, like art…. It has no survival value; rather it is one of those things which give value to survival.”

When Churchill was instructed to cut arts funding to aid the war effort his response was reportedly, “Then what are we fighting for?”

Dani deserves to be here, he deserves to play music with Zeta, they’ve earned it through their time, blood, sweat and tears. They’ve earned it probably more than any other musician I’ve ever known. They relish the opportunity to be here and that enthusiasm catches and spreads making everything they do as a band, better. It also elevates every band they play with to try harder and do better. They’ve been playing like their lives depend on it, because they do and it does. Dani deserves to stay, we don’t deserve him or Zeta; they make our scene a more inclusive and fun place to be. That’s the impact they’ve had on us, they make us better and happier and try harder. I can’t say that about any other band I’ve ever seen in South Florida after 25 years of going to shows. I have yet meet anyone who didn’t share these sentiments.

Literature
BOOK REVIEW: ‘BLACKOUT’ IS THE MIAMI CRIME NOVEL WE HAVE BEEN WAITING FOR
0 537

COMICS REVIEW: KILL OR BE KILLED: VOLUME ONE
A new collaboration between writer Ed Brubaker, artist
0540